Allowing our children to take responsibility for themselves

Imagine a world where your school day was no longer dominated by subjects, such as maths or history or geography, but instead everything was jumbled up and you were taught by topic instead.

Crazy huh?  It would never work.  How could a teacher possibly teach a topic instead of a subject?  What’s the difference anyway?

Well in Helsinki in Finland they are doing just that – teaching by topic rather than by subject.  Finland has always taken a radical approach to education and its one that works!  Up to very recently, when they were taken over by Asian countries such as Singapore, Finland consistently topped the PISA international literacy league tables published by the Organisation for Economic Co-operation and Development.

Every teacher in Finland, must have a minimum of a Master’s degree. Being a teacher in Finland is afforded the same social standing as being a doctor. So why are they changing what seems to be a very good system already?

Marjo Kyllonen, Helsinki’s education manager explains: “It is not only Helsinki but the whole of Finland who will be embracing change. We really need a rethinking of education and a redesigning of our system, so it prepares our children for the future with the skills that are needed for today and tomorrow. There are schools that are teaching in the old fashioned way which was of benefit in the beginnings of the 1900s – but the needs are not the same and we need something fit for the 21st century.”

Pasi Silander, the Helsinki City Council’s development manager, shared the council’s view: “What we need now is a different kind of education to prepare people for working life. Young people use quite advanced computers. In the past the banks had lots of bank clerks totting up figures but now that has totally changed. We therefore have to make the changes in education that are necessary for industry and modern society.”

Subject-specific lessons – an hour of history in the morning, an hour of geography in the afternoon – are already being phased out for 16-year-olds in the city’s upper schools. They are being replaced by what the Finns call “phenomenon” teaching – or teaching by topic. For instance, a teenager studying a vocational course might take “cafeteria services” lessons, which would include elements of maths, languages (to help serve foreign customers), writing skills and communication skills.

More academic pupils would be taught cross-subject topics such as the European Union – which would merge elements of economics, history (of the countries involved), languages and geography. 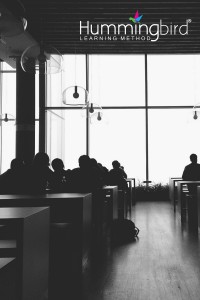 There are other changes too, not least to the traditional format that sees rows of pupils sitting passively in front of their teacher, listening to lessons or waiting to be questioned. Instead there will be a more collaborative approach, with pupils working in smaller groups to solve problems while improving their communication skills – mirroring what happens in the business world.

Given the resistance to the introduction of the New Junior Cert, I suspect that there would be little appetite in Ireland, currently, for going as far as ditching traditional subjects. Even in Finland, the reforms have met objections from teachers and principals – many of whom have spent their lives focusing on a particular subject only to be told to change their approach.

Helsinki’s education manager Ms Kyllonen has been advocating a “co-teaching” approach to lesson planning, with input from more than one subject specialist. Teachers, in Finland, who embrace this new system can receive a small top-up in salary.

About 70 per cent of Helsinki’s high school teachers have now been trained in adopting the new approach. “We have really changed the mind-set,” said Mr. Silander from Helsinki City Council. “It is quite difficult to get teachers to start and take the first step… but teachers who have taken to the new approach say they can’t go back.”

And it appears that students are benefiting too. In the two years since the new teaching methods were introduced, pupil “outcomes” – they prefer that word to standards – have improved.

All Finnish schools are obliged to introduce a period of “phenomenon-based teaching”(teaching by topic) at least once a year. These projects can last several weeks. In Helsinki, they are pushing the reforms at a faster pace with schools encouraged to set aside two periods during the year for adopting the new approach. Ms Kyllonen’s blueprint, to be published later this month, envisages the reforms will be in place across all Finnish schools by 2020.

The eyes of the education world will be upon Finland as it opts for change: will it be able to retain or improve its showing in the PISA league tables and if it does, how will the rest of the education world react? If Finland succeeds, would we ever adopt a similar approach here, in the ‘Land of Saints & Scholars’?

Elaine Sparling is the creator of the Hummingbird Learning Method® and is about to launch an online version of their the popular workshop The Secrets to Successful Spelling™ . Based in Adare, Co Limerick and now also in Tralee Co Kerry, she works with clients on a one to one basis and can be contacted on 087-2996054 or through their website www.hummingbirdlearning.com