Use your Brain for a Change

What is Sensory Processing Disorder?

Use your Brain for a Change

One of my favourite quotes is by Dr Richard Bandler and it is “When you want new results, it requires new thinking”.  Thinking is just something we do.  We are always thinking about something.  Even when we are asleep our brain is still working.

We are born with this amazing inbuilt computer but unfortunately it didn’t come with a set of instructions.  We have to learn how to use it as we go along and mostly we use it out of habits we have formed from watching and listening to others, so if we want to change those habits we have to think differently and to think differently we have to use our brain to get that change. 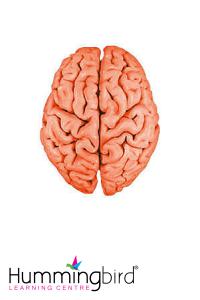 There is a lot of talk about people being right-brained and left-brained.  You might have taken one of those quizzes online to determine which you are.  The assumption is that a person who is ‘left-brained’ is more logical, analytical and objective and suitable for jobs such as accountant, solicitor or programmer.  The ‘right-brained’ person is said to be more creative, intuitive, thoughtful and subjective and might want to be an actor, graphic designer or therapist.

The reality is that people are not one or the other, they are not ‘right-brained’ or ‘left-brained’.  The theory grew out of the work of Nobel Prize winner Roger W Sperry.  He discovered that cutting the corpus callosum, the structure that connects the two hemispheres of the brain, reduced or eliminated seizures in people with epilepsy.

In a study of over 1000 participants by the University of Utah, it was revealed that while activity was sometimes higher on one side or the other in certain critical regions, on average both sides of the brain were essentially equal in their activity. Dr Jeff Anderson, the study’s lead researcher explains “It’s absolutely true that some brain functions occur in one or other side of the brain. Language tends to be on the left, attention more to the right, but people don’t tend to have a stronger left or right sided brain network.  It seems to be determined more connection by connection”.

This makes the corpus callosum key in using our brain to evoke and strengthen new thinking.  Mid line exercises help to make those connections.  We need both sides of our brain working together to create strong neuropathways, making focus and recall much better and easier.

So the next time you take one of those quizzes, know that it’s just a bit of fun. Now I must go and check my horoscope.