You are not Dyslexic

At Hummingbird Learning Centre we always say that dyslexia is a wonderful thing – it’s just that it needs a different strategy for reading & writing.

I remember when the Virgin Megastore opened in Ireland. I was working in Dublin in the late 80’s early 90’s and it felt so cool,modern & kind of dangerous to be in there, browsing through the records. The store had caused all kinds of outrage because they were selling condoms openly on the counter, flouting the law at the time. The radio waves were jammed with moral condemnation, probably I suspect, to the delight of its owner, the maverick entrepreneur, Richard Branson. 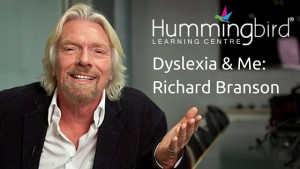 Richard Branson has made a name for himself by mixing creative passion with business ideas. His first commercial success came after he founded his dream business: a record label. That company, called Virgin Records, produced the Mike Oldfield album “Tubular Bells,” which was later used in the film The Exorcist.

But that wasn’t Branson first business.  His first was a magazine that he started while still at school. The magazine was so successful that he left school early to continue with it.  I always think that this was incredible.  Here was a guy who struggled with reading and writing, yet he started a magazine, where his trade and tools were words!

In a blog post on Virgin’s website, Branson attributed the Virgin brand’s success to his dyslexia: “However, there are still many dyslexics out there, especially young people, who feel held back by their condition. I used my dyslexia to my advantage and learned to delegate those tasks I wasn’t so good it. This freed me up to look at the bigger picture, and is one of the main reasons I have been able to expand the Virgin brand into so many different areas.”

That ability to see the ‘big picture’ is one of the many positive attributes of dyslexia.

There are many, many talented dyslexics out there,” Branson wrote. “In fact, some of the most creative people happen to have the condition.”  One of his ‘big picture’ ideas really couldn’t be any bigger – he created a company to make commercial SPACE travel a reality! 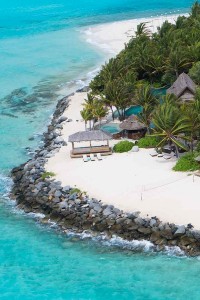 In addition, Richard Branson owns his own train company, an airline, a media group and even a Caribbean island, but it’s not all about making money.  He takes a different approach to customer care.  He advocates for looking after your staff first, then they will look after the customers. “I have always believed that the way you treat your employees is the way they will treat your customers, and that people flourish when they are praised.” “Train people well enough so they can leave, treat them well enough so they don’t want to.”

He credits dyslexia with another of his signature management techniques: the habit of always taking notes. He writes in his 2014 book “The Virgin Way” that he learned as a child that if he ever had a chance at remembering anything, he’d need to jot it down. To this day, he says he carries a notebook everywhere.

The handwritten note habit has come in handy in management, negotiation, and even legal situations — he’s submitted his notebooks as evidence in lawsuits, he says.

It’s one of the “most powerful tools” in his “bag of business tricks,” Branson writes.

Dyslexia, Branson claims, actually made him a better manager, he wrote in his 2012 book “Like a Virgin,” and it became what he considers his “greatest strength.”